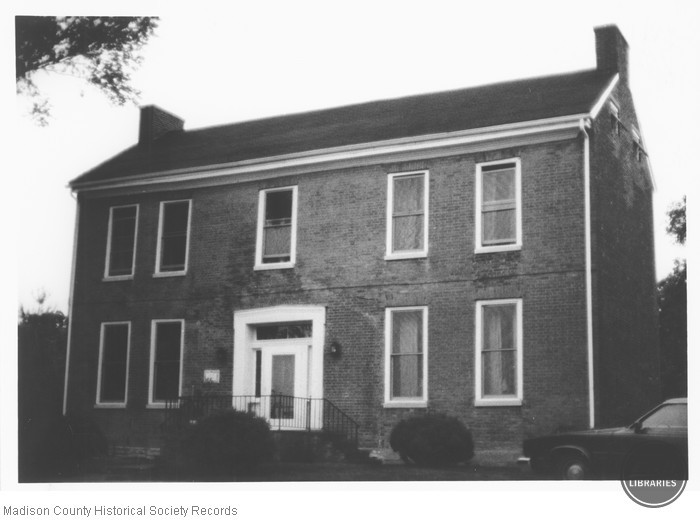 This brick house rests on land granted in 1792 to William Irvine (1763-1819). Madison County’s first county clerk. Built for a prominent lawyer and state senator, William Chenault (1773-1834), the Chenault House expresses the Federal style. A three-row brick belt course spans the width of the front facade. This feature is somewhat unusual to Madison County architecture. A molded wooden cornice also extends across the width of the facade at the eaves beneath the gable roof. Flemish bond is confined to the front, with five-course common bond on the side facades. A stone foundation raises the first floor. The shape of the central doorway, originally an arched opening, has been flat-headed with shouldered architrave molding around the sidelights and transom at some point since the mid-nineteenth century. The original reeded window surrounds are still intact with stretcher-header jack arches above the windows. The windows themselves were enlarged and replaced in the mid-nineteenth century.