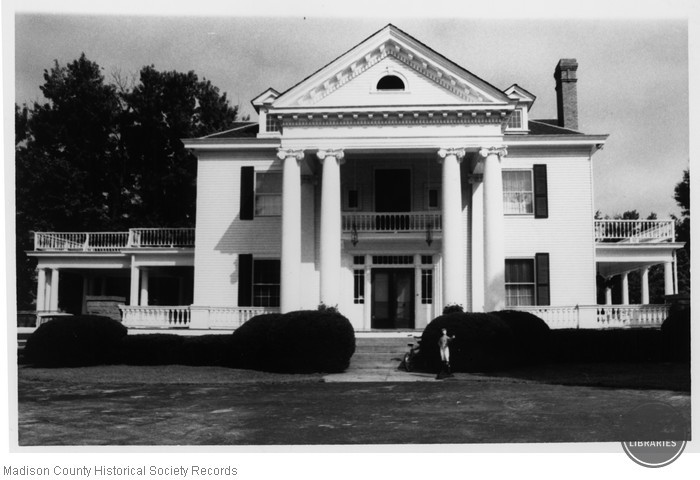 Situated on the present Golden Oak Farm, the Covington House represents an excellent example of Classical Revival styling in a frame structure. The massive two-story pedimented portico typifies this style which was so popular at the turn of the century. Paired Ionic columns beneath the pediment support the denticulated cornice. Beneath a balustraded balcony extending from the second-floor hallway, an usual eight-light transom and surround and emphasize the central doorway. Gabled dormer windows which project from the hipped roof and tall brick interior end chimneys complete the symmetrically formal effect. Although the wood siding has been replaced, the original oak woodwork in the interior remains intact.