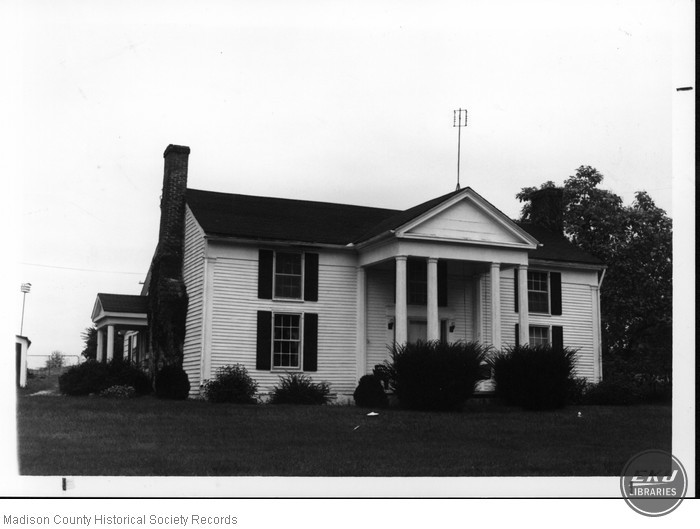 The Greek Revival style finds vernacular expression in the Dozier / Guess House. This building has a symmetrical three-bay facade, and weatherboarding sheaths this two-story log dwelling. The original floor plan included an open-ended dogtrot with single rooms on each side. One important feature of the house is its exterior gable-end chimneys which are unusual in that they are built of two materials; red sandstone forms the bases, while the flues are brick.

Wood pilasters on the corners, a deep frieze under the eaves and a two-story pedimented portico provide Greek Revival details. Two pairs of octagonal-shaped columns support the unadorned pediment. Narrow sidelights and small pilasters frame the central door below an entablature.