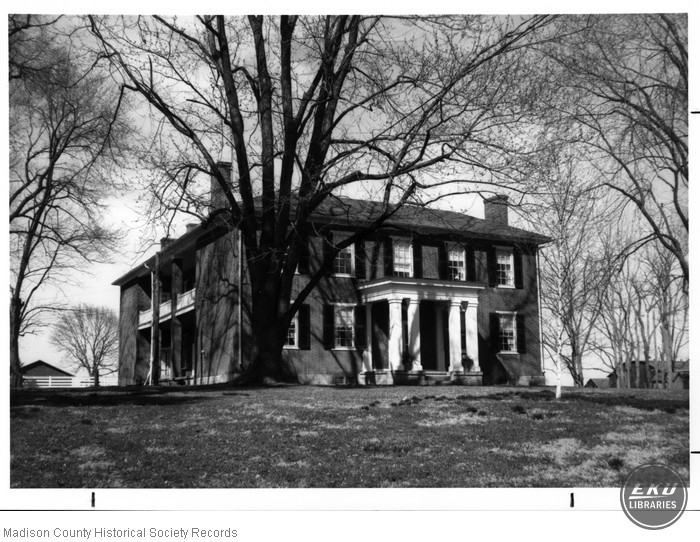 This two-story rural residence is a noteworthy example of late Federal architecture. Built for the Hiatt family in 1832, the original house consisted of six rooms with a breezeway and a separate log kitchen and slave quarters to the rear. Col. John A. Duncan, the building's second owner and the man for whom i is named, had eight rooms and four porches added and the breezeway and kitchen removed. During the Civil War battle of Richmond in 1862, wounded soldiers obtained assistance at Duncannon.

A single-story portico with paired columns is the central feature of the five bay facade. The doorway is enhanced by a lead-glazed semicircular fanlight. Many features have been carefully retained inside. An ash-floored entrance leads directly to a stairway with walnut rail and balustrade. Most of the interior doors are also walnut and have door knobs of brass (originally silver plated) or china. A plaster ornament embellished the center of one formal ceiling, and above the four windows hang pressed brass cornices.

Craftsmen who worked on Col. Duncan's renovation of the house left their mark of frustration: two carpenters, one from Cincinnati and the other from Louisville, signed the wall under the stairs "I had to work July 4, 1858."