Located between Kirksville and Paint Lick, this house was first the home of Thompson Burnam, Sr., a prominent Richmond merchant and son of Jon Burnam who had immigrated to Kentucky from Maryland in 1790. Thompson Burnam, Sr., was active in Madison County public affairs and served as a state representative from 1844-1849. An advocate of emancipation despite being a large slave owner, Burnam was a candidate for the state constitutional convention in 1849 with Cassius M. Clay as his campaign manager. He lost the election to Squire Turner who was pro-slavery. When Burnam died in 1854, he still owned twenty slaves worth about $800 each. 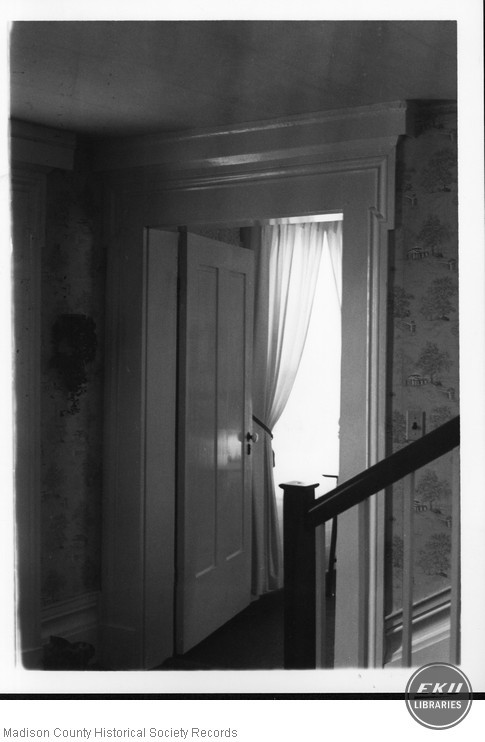 A fine example of early nineteenth-century architecture, the brick house features a one-story pedimented wooden portico supported by aired, reeded Doric columns. A transom and sidelights on the five-bay facade flank the central doorway with a similar effect in the second-story central triple window. Interior end chimneys project above the gable roof. An original two-story brick ell at the rear contains an enclosed gallery.

Inside, original deep baseboards, paneled doors, and window trim remain. Wide shouldered architrave molding framed the doors leading to single rooms on either side of the central hall.