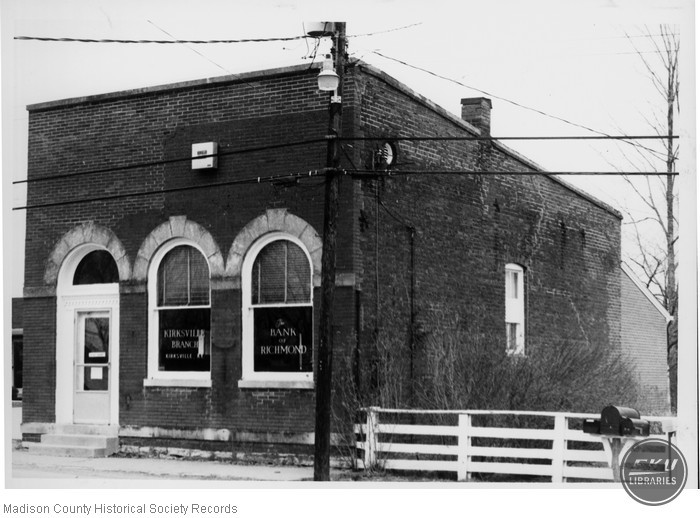 Founded in 1905, the Farmers’ Bank was locally owned until the 1970s and symbolizes the autonomous character of the Kirksville community in Madison County.

Here, exemplifying a certain eclecticism, features of Romaneque are combined with those of the Classical Revival. The form of the six course common bond brick structure appears rectangular, having a flat roof hidden by a parapet. The two windows and doorway that compose the three front bays form arches that are emphasized by capping of rough-cut sandstone with keystones at the apexes. A semicircle fanlight above the door adds illumination to the entry’s interior and, along with dentils, expresses Classical Revival styling. Romanesque features such as the stone arched windows were used often in small rural banks to convey solidity and strength.