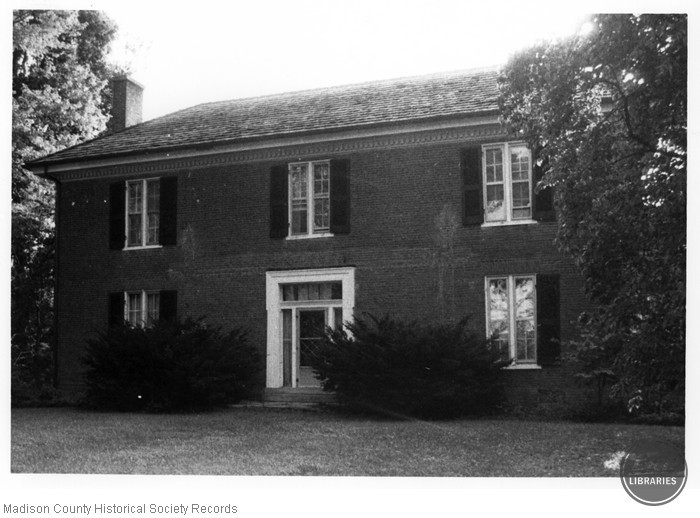 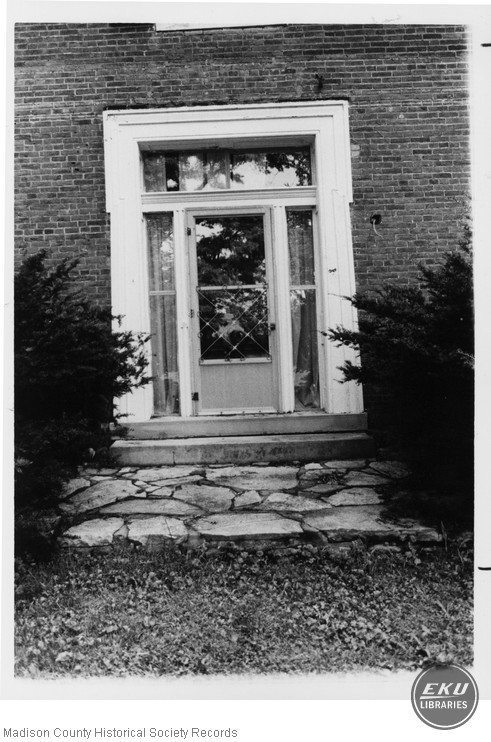 All sides contain common bond brickwork, with the rear facade in the seven-course variation and the front and side facades in the five-course pattern of headers every fifth row. The low hipped roof, flanked by interior end chimneys, surmounts a denticulated cornice. On the front facade the window are in elongated pairs, while the central doorway is surrounded by sidelights and transom and is framed with a heavy architrave molding.

A large central hallway containing a winding walnut staircase leads to single rooms on either side of the hallway and to an ell in the rear. Like the stairway, the doors and other woodwork are walnut.