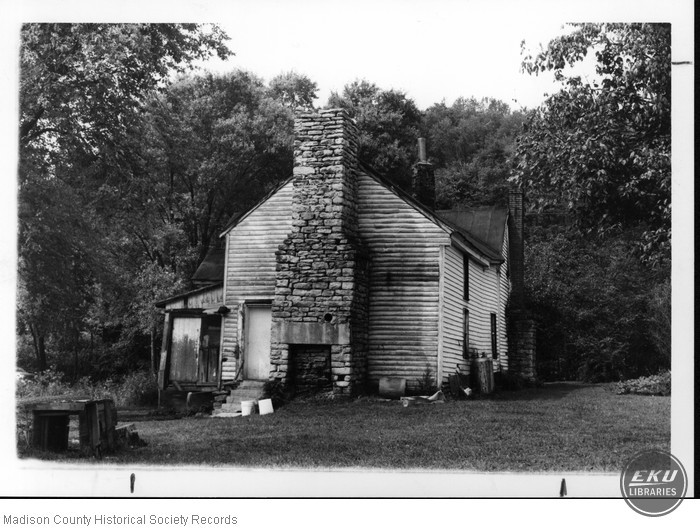 Reputedly the oldest remaining log house built outside the fort at Boonesborough, the Hart House is located near the site of Nathanial Hart's White Oak Springs Station which was named for a nearby freshwater, rock-enclosed spring. Nathanial Hart (1734-1782) was one of the proprietors of the Transylvania Company which financed the settlement of Boonesborough. He brought his family from Hanover County, Virginia, in 1775, and in 1782 he was killed by Native Americans. Hart's daughter Susannah married Isaac Shelby (1750-1827), the first governor of Kentucky.

Records indicate that in 1795, John Holley purchased the lot, along with many of the town claims from the Boonesborough trustees. It was repossessed in 1825, and Thomas Linsey bought the property and lived there until 1842. John D. McCord owned the property from 1842 to 1846 as part of a 171 acre tract on the Kentucky River. Henry Lisle acquired the property in 1853. (See MA-3) 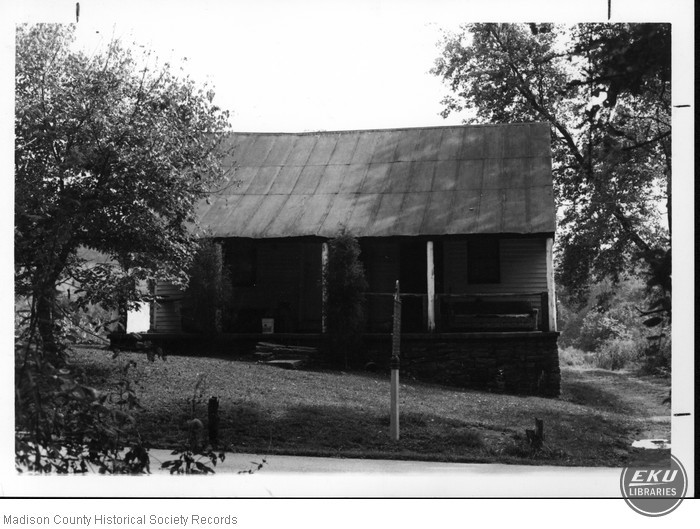 Located less than one mile south of the original site of Fort Boonesborough, the Hart House is composed of two square log pens separated by a frame dogtrot, with an ell at the rear. V-notches at the corners connect the logs beneath the weatherboards. An extention of the roof forms an overhanging porch that shades and protects the two doors and two windows in the front facade. An earlier configuration may have been a saddlebag floor plan; this is suggested by an exterior firebox on one of the two stone chimneys.

In spite of many alterations to the exterior, the interior is intact. A stone fireplace with the original mantel remains. Not all of the second-story rooms connect; a stairway behind one door on the front porch leads to two rooms above the dogtrot portion of the house, while another stairway at the rear leads to an upstairs room in the ell.