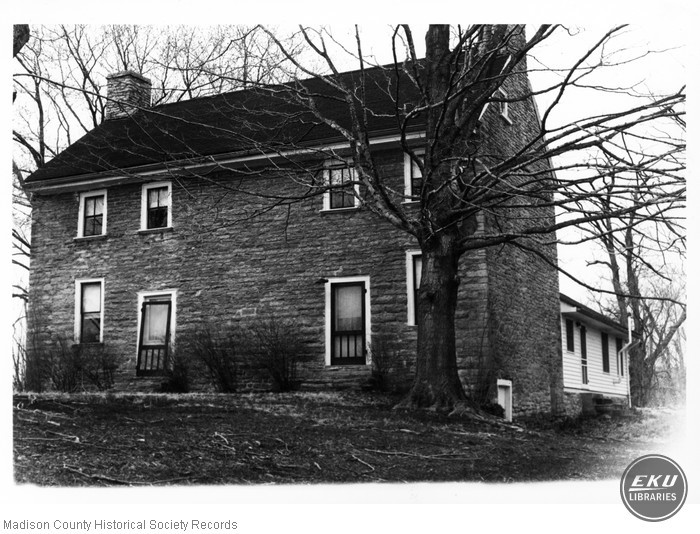 Quarried stone provided the structural fabric for the Nathan Hawkins House, a two-story rural residence. The four-bay dwelling is situated above an old mill site and has a view from the top of the hills to Silver Creel and its valley beyond.

The original portion of this house has two rooms on the first floor, each with its own outside entrance. An interior door connects these two rooms, while there is no connecting door between the rooms of the second floor. A small corner stairway leads to a chamber above from each of the two rooms on the first floor. This feature is frequently found in early dwellings, the purpose of which was reputedly to segregate the sleeping quarters. The walnut woodwork and ash floors remain, as do the original mantels, paneled doors, and iron locks.

Instead of the voussoirs typically found in contemporary stone buildings, the windows have facings with wooden pegs, ovolo trim, and nosed sills. Although a frame ell has been added to the rear and basement windows have been filled in, the Nathan Hawkins House retains much of its early appearance.