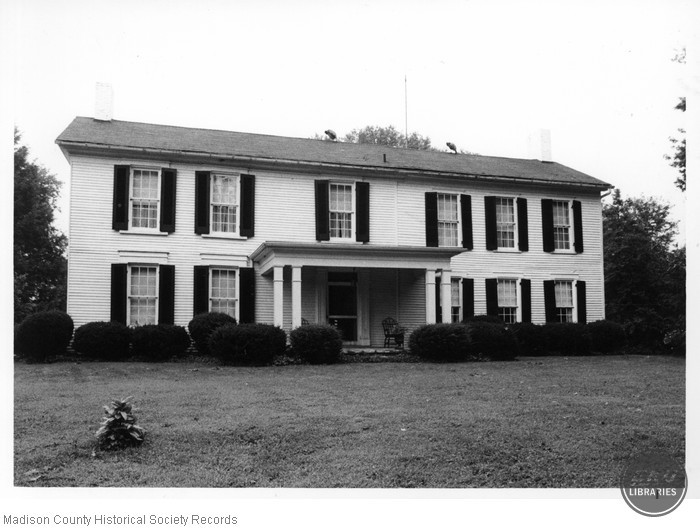 Nicholas Hawkins, a stage coach operator and the county’s first court-licensed miller (1793), was the first owner of the east portion of this house. Initially, it was a two-story three-bay rectangular log pen. Another building on the site is of the same period; one room of what at first was a double-pen log house, evidenced by the exterior firechamber on the chimney, stands behind the house. 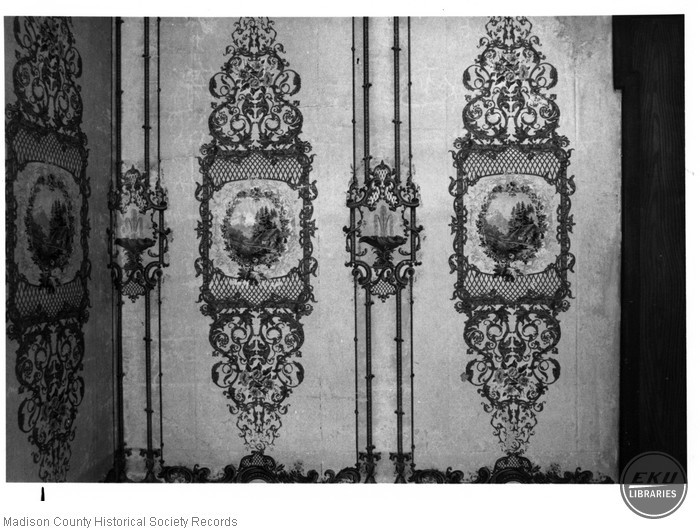 By 1835 the west, frame portion and clapboard sheathing were added to the entire six-bay house. Several features of the building indicate the manner in which it evolved. Doric pilasters flank only the first-floor windows on the west end of the front facade. Gable returns on the west gable form a triangular pediment, whereas the east gable remains plain. During an 1857 remodeling, a two-story frame ell with a two-story open gallery was added off the east side. A dogtrot connects the ell to a once separate one-story brick kitchen. 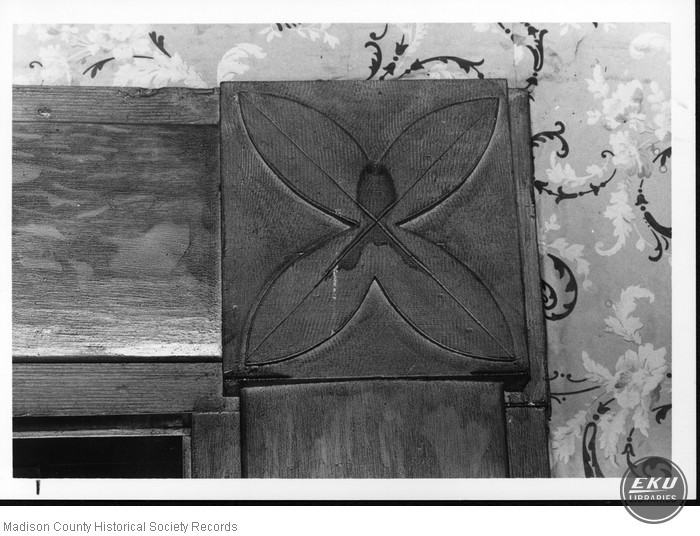 Differences in interior fittings also suggest varied periods of construction for portions of the house. For example, the east portion’s chair rail and stone firebox on the first floor indicate an earlier construction date than does the second floor Federal style fireplace mantel with carved reeding. When the west portion was built with a central passage and stairway, the original stairway in the dining room was removes and the space above converted into a small bedroom. When completed, the central passage contained double doors at both ends. One of these still remains at te rear of the hall, complete with its original hardware. The mid-nineteenth wide baseboards and heavy window-surrounds remain in the portion of the house. The house has been the residence for members of the Curtis family since 1878.