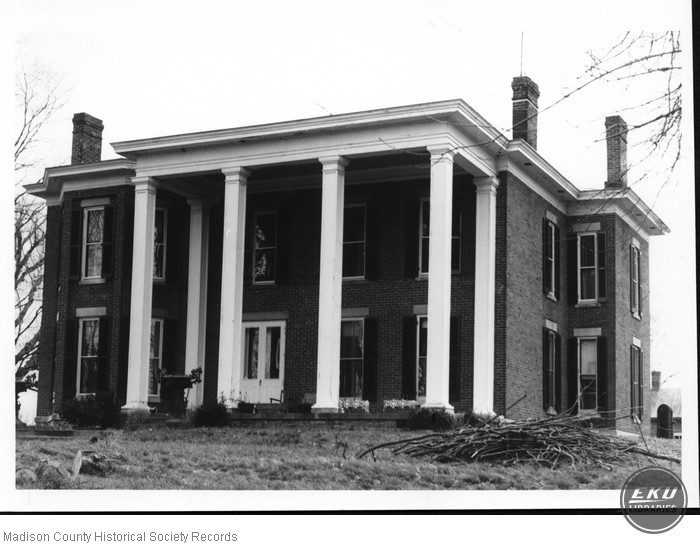 Holly Hill was built for William Stanton Hume 1832-1895), owner of the county’s largest distillery and a prominent resident, after he had an earlier brick structure on the site demolished. The two-story brick residence was originally Italianate in style with asymmetrical massing and a one-story porch. The low hipped roof with overhanging eaves and projecting bays is now dominated by twentieth-century two-story portico having tall square columns that support a classical entablature. This was added when the house was the residence of Thomas E. Baldwin (1890-1951) and his wife, Callie Miller Shackleford (1891-1951).

Interior end chimney stacks project high above the roof. Stone lintels are present over each bay, including the double-leaf entrance. The sash windows are single-light, tall, and narrow. To the rear and side, a two-story gallery connects a two-story brick ell to the main block. Located on Silver Creek, Holly Hill includes four outbuildings and an abundance of large shade trees.