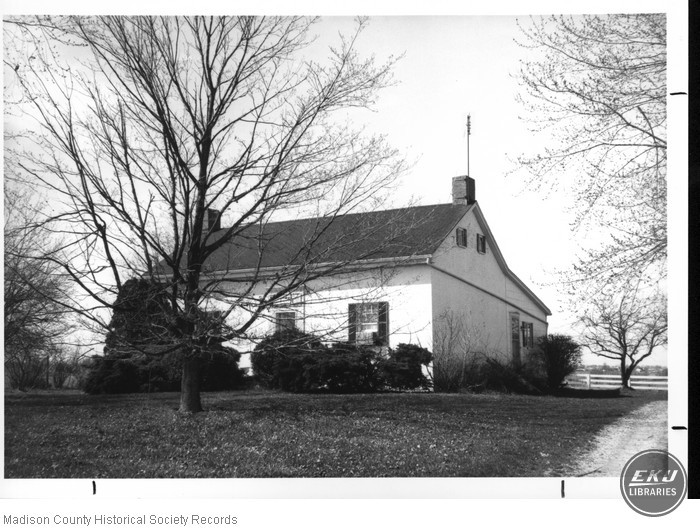 This one-and-one-half story federal style brick house, now painted white, provides a good example of the durable masonry dwellings built for many settlers in Madison County. The three-bayed front facade, laid in Flemish bond, contains a central entrance flanked by two windows with jack arches. These windows on the front facade were originally directly opposite two others on the back facade. The rear windows, now adapted as doorways, give access to a lean-to addition built in the 1930s to enlarge the single-pile residence. Although the window sashes of the front have been changed , the reeding in the surround remains. The entrance, originally a double-leaf door with glass transom, has been modified to include a wooden paneled transom above a single door.

The original hall-parlor plan is still evident on the interior. Original end chimneys and chair rails also remain and are an important part of the dwelling's architectural detail. The Karr House sits atop a small knoll amidst shade trees, surrounded by farmland.