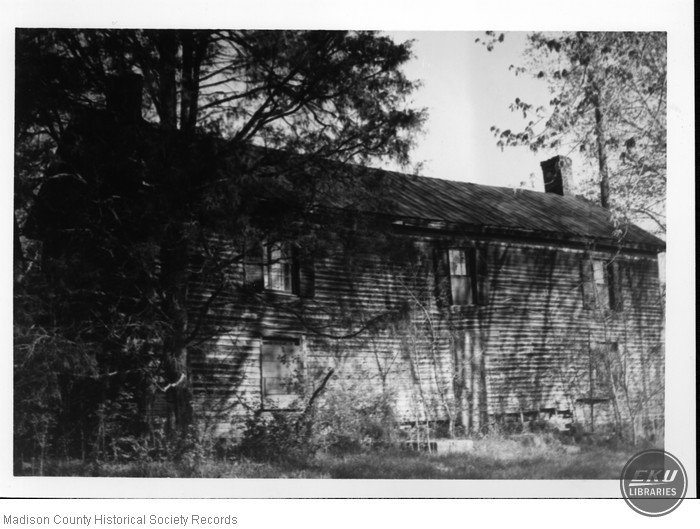 In 1825 Elkanah Bush purchased the property on which this house stands from the trustees of Boonesborough. He may have been responsible for the construction of the house, or Samuel Holley, another early owner of the property, may ave built it. After Nathaniel Hart's granddaughter, Susan Shelby Thompson, married Henry Lisle (d. 1875) in 1829, they reputedly moved into this two-story residence. At least five generations of the Lisle family have lived at this site. It is believed that the Lisle family graveyard, which lies north of the house and across the road from the Hart House (MA-2), contains the burial sites of Capt. Nathaniel Hart and his family, as well as the Ford family members.

Significant as one of the earliest permanent structures built by Madison County settlers, the Lisle House is constructed of logs covered with frame weatherboards. A wide dogtrot separates two rooms, each containing interior brick chimneys at the gable ends. A one-story frame ell connects tot he main block of this house at its rear.