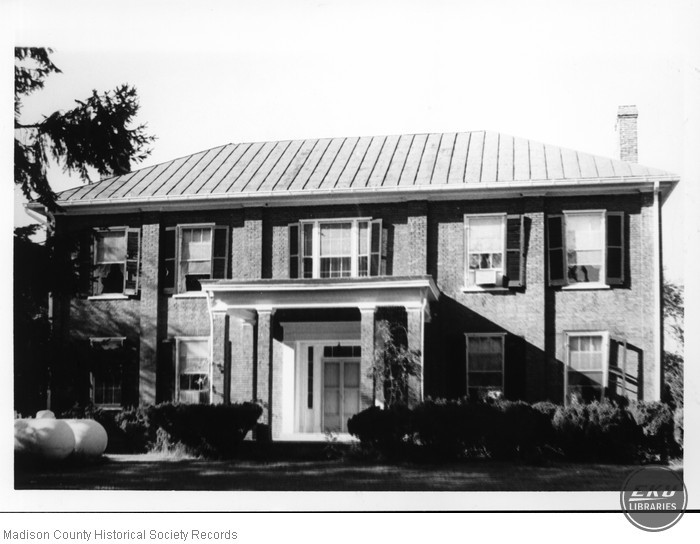 Built in the mid-nineteenth century, the Mason House is an example of one local interpretation of the Greek Revival sstyle. It was once part of a 300 acre tract of land given to James Rankin Mason by his father John C. Mason.

A hipped roof, interior-end chimneys, and brick pilasters enclose and define this two-story brick structure. The pilasters divide the facade into five distinct sections, each containing one bay. The paired brick pillars support the flat-roofed one-story central portico and have the same effect as the pilasters. The double-leafed central doorway is surrounded by four-light sidelights and a three-light transom. It is recessed and finished with an entablature. Directly above, on the second story, a second window is enlarged by sidelights.