Significant for its architecture as well as its history, the log and clapboard dwelling rests at the foot of Big Hill in southern Madison County. The three front entrances are notable features. One leads to the “saddle room,” while another has a walnut paneled door with wooden pegs. Built on a stone foundation, the structure contains an outside entrance to the earthen-floored cellar. 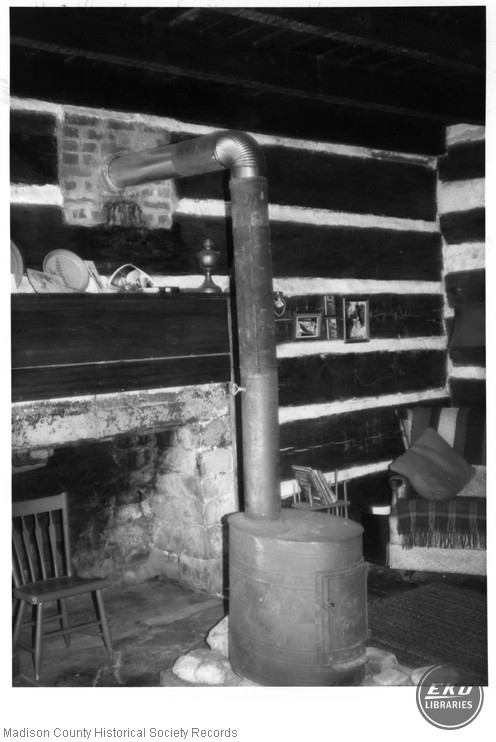 On the interior the left room has been restored to reveal the original planked pine floors, walls of dovetailed logs, an enclosed staircase, and a large stone fireplace. Four large, stone fireplaces once provided heat and were used for cooking.

The Merritt Jones Tavern served as a temporary Confederate hospital after the Battle of Richmond in 1862; consequently, a small cemetery is located behind the log structure. U.S. government markers now identify eleven soldiers’ graves that were once marked by large slabs of fieldstone. 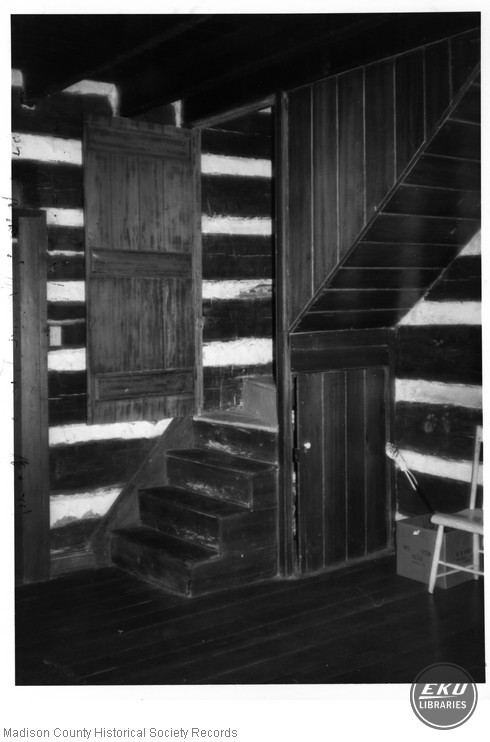 Another event in Civil War history lends the tavern its local name, the Grant house. In March 1863 General Ulysses S. Grant and several of his men dined and slept here while enroute from Chattanooga to Lexington in order to board a train for Washington, D.C. Merritt Jones and his sons were away serving with the Confederate forces at the time his wife and daughters were forced to lodge Grant.