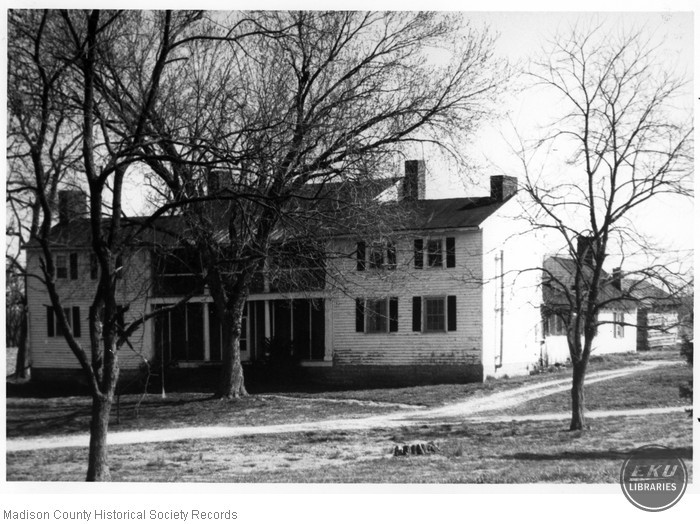 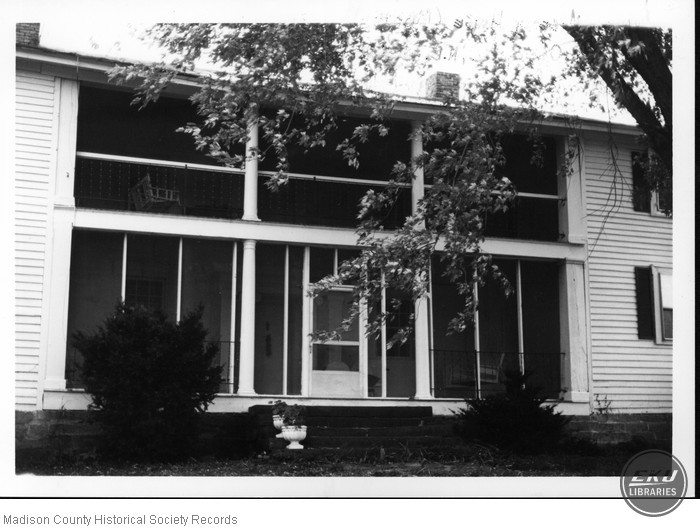 The Moberly House is noteworthy as an example of the additive nature of many nineteenth-century vernacular dwellings. The house began as a two-story rectangular single-pen log structure having massive exterior stone-end chimneys. Two-story frame additions on both sides of the original block were made in the mid-nineteenth century, creating a seven-bay front facade with two-story gallery. Interior brick chimneys were placed at both ends of these additions. 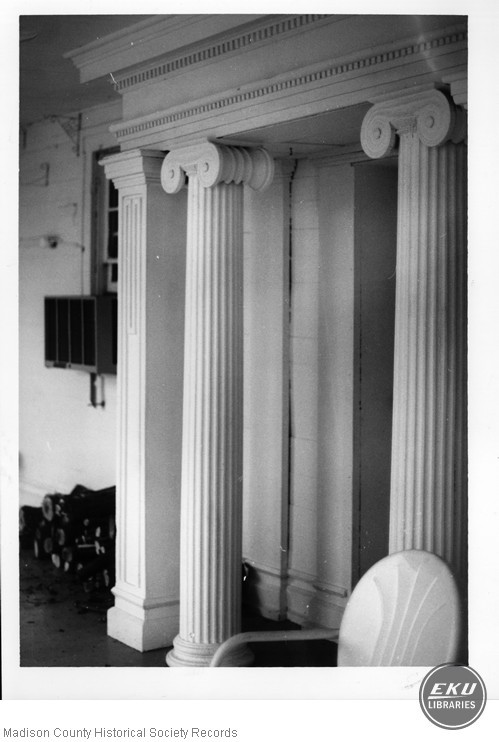 Stylistic features are confined to the doorway on the exterior of the building. The recessed center of the front facade contains a central doorway beneath an elaborate entablature. Pilasters and fluted Ionic columns complete the Greek Revival ornamentation. Two rows of columns support the double-story gallery. In the rear a single-pen outbuilding remains, constructed of hewn logs with dovetail notches. Standing among a few remaining shade trees, the James Moberly House commands the same view as is did in the early nineteenth century.