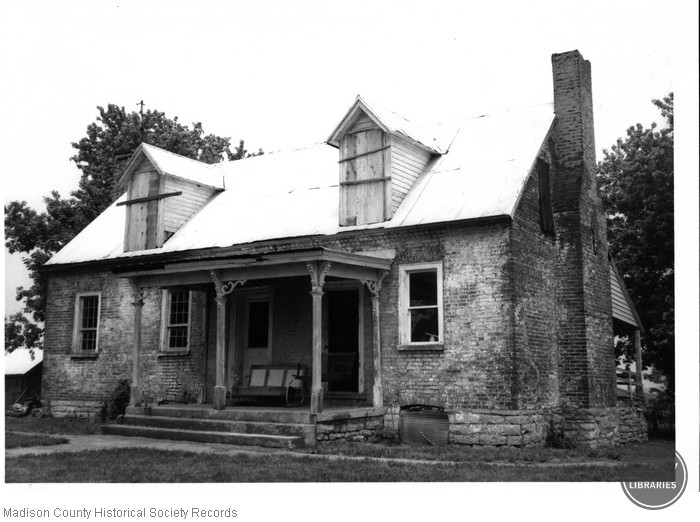 The Morrison House, also known as the Moran House, has several unusual features. For instance, the common bond exterior end chimneys have sloped shoulders. Corbelled brick cornices lie under the eaves on the east and west facades. Another unusual feature us the pattern of piercing on the five-bay primary facade, with the openings being window, window, door, door, window, from left to right. Most five-bay facades feature a central door with two windows on either side, while facades with two doors are usually four-bay. Each of the two entrance doors has simple molded surrounds and both provide equal access to the rooms of the hall-parlor floor plan. jack arches surmount both of these doors and also appear over the 9/6 sash windows and the basement vents. The wooden pegs securing the mortise and tenon window surrounds are still visible.

A Victorian porch, having gingerbread ornament of scrolled brackets attached to chamfered posts, has been added. An exterior stairway opening off the back facade’s porch provides the only access to the second floor rooms. Two twentieth century metal gable dormers now pierce the metal gable roof of the Morrison House.