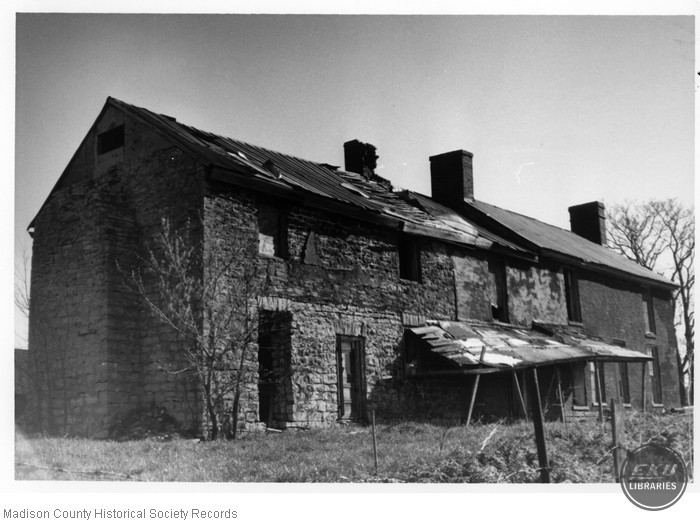 This early settler’s dwelling. Although now vacant, is illustrative of the sort of rural residences built in Madison County at the beginning of the nineteenth-century. The Isaac Newland House consists of two construction materials, stone and brick, and displays irregularly placed bays on the front. One section of the two-story single-pile house, probably the original structure, is built of stone with a story chimney at one end of a gable roof. The common bond brick addition has a slightly higher roof and contains a hall-parlor plan. A corbelled brick interior chimney and a brick end chimney extend above the gable roof on the brick portion of the house. Single-sash attic windows flank the end chimney. A two-story ell extends to the rear.

Nearby, a tombstone reads “In Memory of Isaac Newland, born 10-15-1752, died 9-22-1808"; presumably, this was the Reverend Newland who was an early preacher in rural Madison County. Shelby Irvine probably built the brick portion.