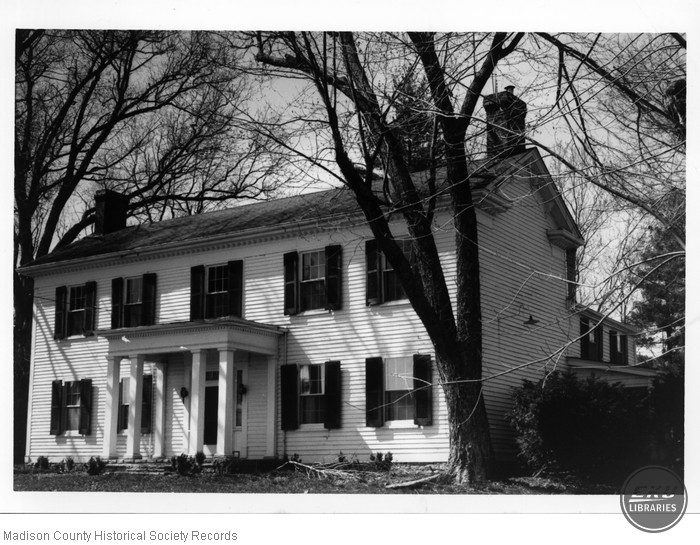 A Greek Revival style residence, Rolling Meadows is important as an example of Madison County’s mid-nineteenth century frame architecture. The first owner of the house was John Duerson. 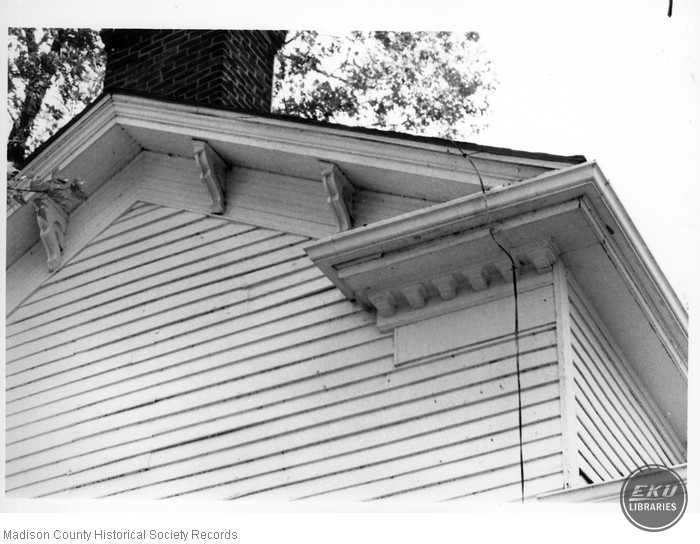 Rolling Meadows is a two-story frame structure with interior end chimneys that rise above the gable roof. It has a denticulated cornice below the eaves and a stone foundation. The gable ends include returns as well as brackets that were added beneath the eaves in te late nineteenth century when Italianate details were popular. Five bays punctuate the front facade, the central one being the entrance. A flat-roofed portico, containing a deep cornice embellished with dentils, protects and defines the doorway. A central hallway leads from the entrance to one room on each side, thus creating a single-pile plan. A two-story frame ell has been added to the rear.