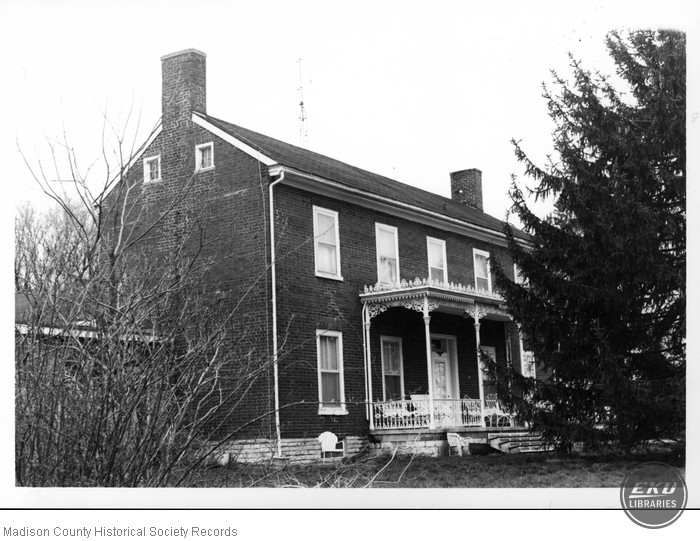 This appropriately named farmhouse was built in 1826 in the Federal style for Caldwell Campbell (1804-1880). The two-story walls are three bricks thick, the brick made and fired on the grounds. Flemish bond is used on all the facades, including the one-story ell. Jack arches surmount the windows, and the five-bay facade contains a central doorway with sidelights and a transom. A New Orleans-type cast iron porch with a gallery, added in the late nineteenth century, extends beyond one window on both sides of the entrance.

Inside this single-pile central passage plan, two large rooms which have interior end chimneys flank the central hall. Decorative ceiling rosettes are still intact in all three rooms. A walnut stairway leads to the second floor. Wide woodwork defines and emphasizes the interior openings. The cross and Bible design can be noted on the walnut-paneled “Christian” doors. Wide ash boards compose the flooring for all the rooms except for one oak-floored room.