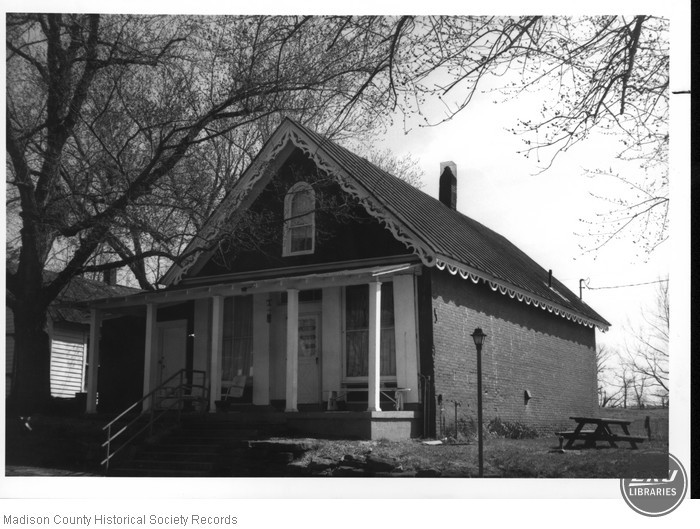 Functioning as a general store and village center, the Shearer Store is an example of a mid-nineteenth century commercial building in rural Madison County. Conveniently located near a crossroad in the Union City community, the Shearer Store once provided goods to rural farmers.

Architecturally, it expresses elements of both the Greek Revival and Gothic Revival styles. The gable end of the brick structure forms the store front, with four wide wooden pilasters dividing the front facade into three bays. This facade is laid in Flemish bond brickwork. Although a twentieth-century front porch now spans the store front, the facade retains the original dentils in its horizontal moldings. A central door includes a three-light transom and separates two large four-light windows. A round-arched window located on the apex of the gable is framed with brick drip mold. Gothic scrolled and scalloped bargeboard accentuates the overhanging eaves on each of the sides.