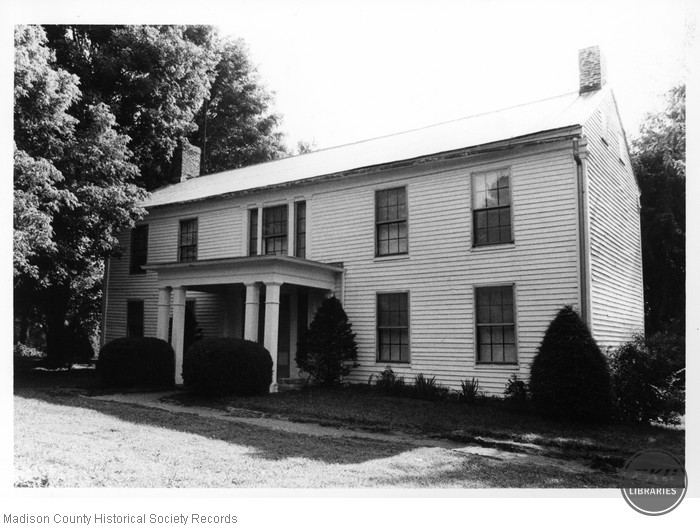 According to local history, a slave named Blackwell Carr built this frame house for James and Elizabeth Maxwell after they purchased the land from Stephen Goggins, a tobacco warehouse owner and inspector. In 1859 the house and property was sold to Josiah Simmons, a successful tobacco producer and Madison County sheriff.

The five-bay central passage two-story house has a number of Greek Revival features. The entrance in the central bay contains a double-leaf door flanked by sidelights and capped by a transom. Directly above, a central window is accented by pilasters and sidelights. The front facade is also ornamented with a single-bay portico, its flat roof having a deep entablature supported by paired square pillars. A stone foundation supports the entire building. The black walnut woodwork of the interior also demonstrates similar Greek Revival styling, with door surrounds of handsome architrave molding with Greek ears.