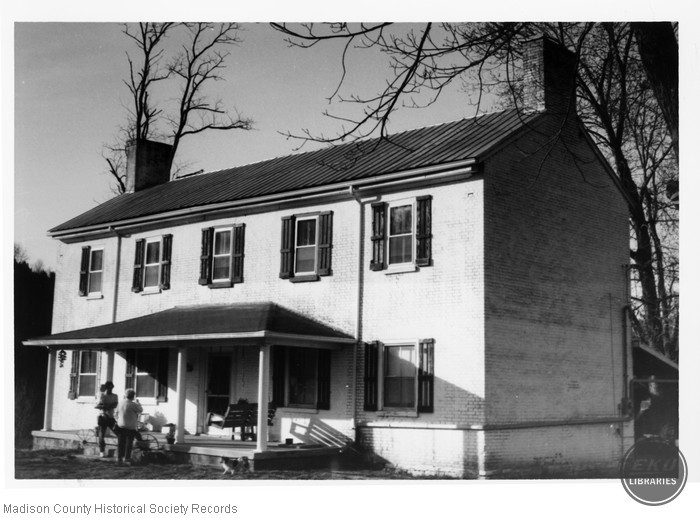 This single-pile dwelling was designed in the federal style. The brick building is now painted, and the front facade consists of Flemish bond. Other Federal features are the jack arches over the windows and the reeded woodwork framing the main entry. Beneath the boxed eaves of the gable roof, a wooden cornice stretches the width of the front. A one-story porch, added in the late nineteenth century, spans three of the five bays on this facade. To the rear, a one-story brick ell is connected to the two-story main block by a frame dogtrot. A square one-story out building with a pyramidal roof stands to the south of the dwelling. Inside, on the first story random-width wooden floors are supported by joists of huge logs which are still covered by bark and visible from the earthen-floored cellar.

The Spainhower House is noted for its history, as well as its architecture. Its first owner reportedly was Andrew Matthew Bogie, the son of Andrew Bogie who immigrated from Scotland. (See MA-161 and MA-162.) A subsequent owner, Henry Spainhower, was an expert furniture maker with a widespread reputation for excellently designed and finely detailed furniture.