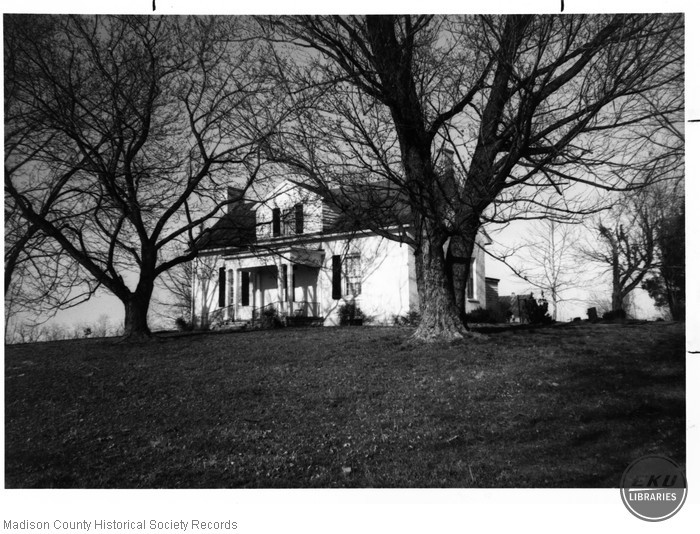 The Stephenson House was initially a one-and-one-half-story, single-pile residence. The white painted brick house remains small in scale despite some additions. A three-bay frame ell with an enclosed porch extends from the rear of the early portion. A special feature of the house is a molded brick cornice under the eaves of the gable roof.

The three-bay facade contains a central door capped by a three-light transom, a feature commonly seen on exterior entrances in Madison County. A one-story flat-roof porch at the entrance and a clapboard dormer over the doorway were added during the twentieth century. The Stephenson House demonstrates characteristic Federal brickwork, with Flemish bond restricted to th front facade and five course common bond on all other sides. The front windows are 12/12 lights with jack arches above each window.