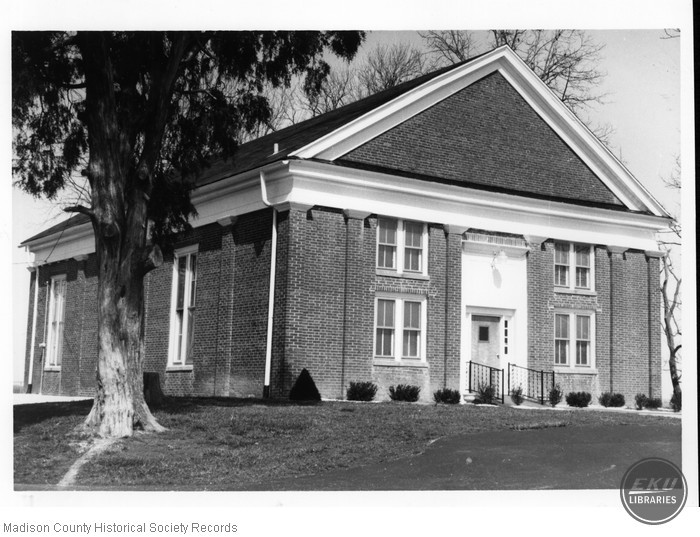 In 1783 John Tanner, a minister from Athens, Kentucky, organized the Tates Creek Baptist Church which was the first congregation in Madison County. It split into two different factions in 1824, the Regular Baptists and the Separate Baptists. The schism was so absolute that when the sanctuary burned and the land on which it had stood was sold, the money was divided between the two groups. In 1851 the Regular Baptists rebuilt on Boonesborough Road and named their new sanctuary the Tates Creek Church of United Baptists.

The church building is an excellent example of the Greek Revival style as executed in rural churches. A deep entablature is present on all sides of the building and contrasts with the brick fabric. With the raking cornice it creates a temple-like pedimented front facade which is divided into five bays by six brick pilasters with the entrance placed in the gable end. The central entrance has a transom and sidelights. Paired elongated windows appear in three of the four bays on the side facades.