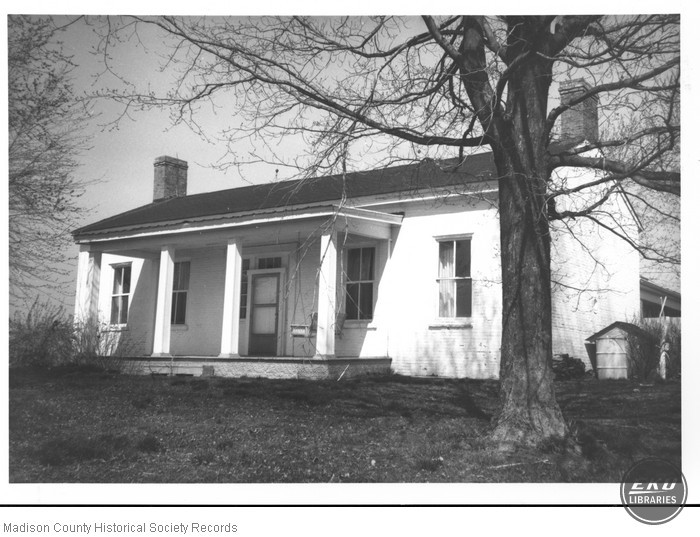 This one-story brick house was part of a 43-acre landholding belonging to Thomas Taylor. Within the five-bay facade a central doorway is bordered by a transom and sidelights having fluted moldings. The original jack arches remain above the windows despite window modification. Underneath the eaves of the gable roof, a wooden boxed cornice spans the width of the facade. The house has an early twentieth century addition comprised of a two-story ell including two frame wall gables and a one-story porch. Inside, the central passage plan is one-room deep with a brick fireplace in each room.