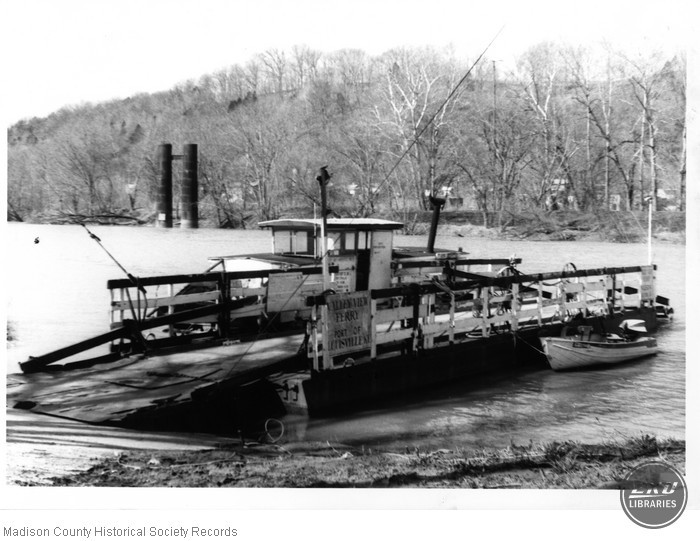 The oldest continuously operation business in Kentucky’s recorded history, this ferry at the mouth of Tates Creek has transported travers and vehicles across the Kentucky River for over 200 years. In 1780 an early Kentucky land baron named John Craig acquired two hundred acres of land along the Kentucky River through a military warrent. The Virginia assembly in 1785 granted him a perpetual, irrevocable license to operate. David Baker operated the ferry after purchasing the boat and its land in 1812. Many others owned the rights of operation after Baker.

The present ferryboat was built in the twentieth century and can carry two or three automobiles on its platform. It is a paddlewheel vehicle, having a small three-bay clapboard cabin at one side. The ferry connects Madison and Fayette Counties and remains not only Kentucky’s oldest continuos business, but also the last ferry on the Kentucky River.