White Hall, the most widely-known historic house in Madison County, was the residence of the “Lion of White Hall,” Cassius Marcellus Clay (1810-1903). Clay was a Kentucky legislator, U.S. minister to Russia during the Lincoln, Johnson, and Grant administrations (1860-1869), a writer, an orator, a major general in the Union Army, and an outspoken emancipationist.

White Hall represents a combination of styles: Georgian in the rear, Greek Revival in the middle, and Italianate in the front. Five complex levels include forty rooms and three passages. The earliest portion is a small two-story brick structure called Clermont. It had been built in the 1790s on the 2,200 acre estate of Gen. Green Clay (1757-1828), a Revolutionary War soldier, Madison County’s largest landowner, and Cassius Clay’s father. A central entrance, interior end chimneys, gable roof, belt course, and stone window lintels were features of the Georgian style Clermont. 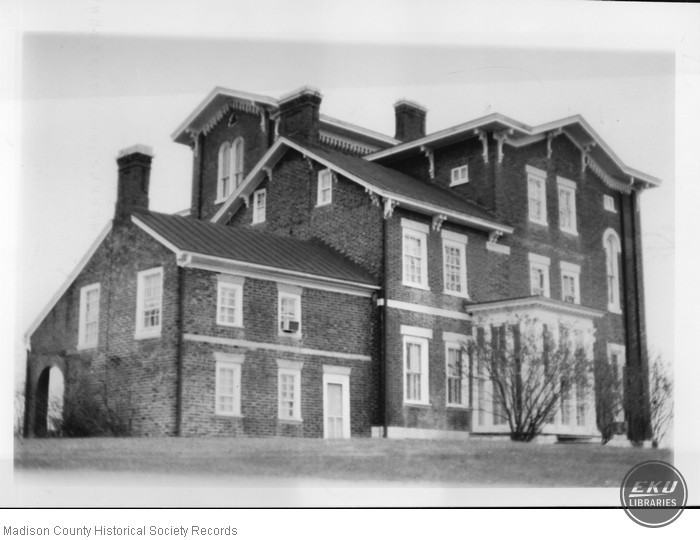 Maj. Thomas Lewinski (d. 1882) designed the addition to Clermont. An immigrant of Polish heritage who had become a noted Lexington architect, Lewinski was the chief advocate of the Italianate style in central Kentucky. Working with architect-builder John McMurtry (1812-1890), also of Lexington, he radically altered the style and scale of the original dwelling, yet gracefully adapted the new house to the existing structure. This work was overseen by Clay’s wife, Mary Jane Warfield Clay, while her husband was in Russia. Said to have cost $40,000, the expanded house was called White Hall. It is one of the most formal examples of the Italianate style in the county. The front, or south, facade contains unusual proportions with two balconies embellishing the second and third levels.

The interior is finely detailed, highlighted by a ballroom containing Corinthian columns along with plasterwork moldings and ceiling centerpieces. The wood floors in all rooms except the dining room are original. Statuary niches adorn the ballroom and entranceway, and a wide, curved stairway leads to the second floor. There are several stairways throughout the house, and the second floor rooms are at different levels to each other. 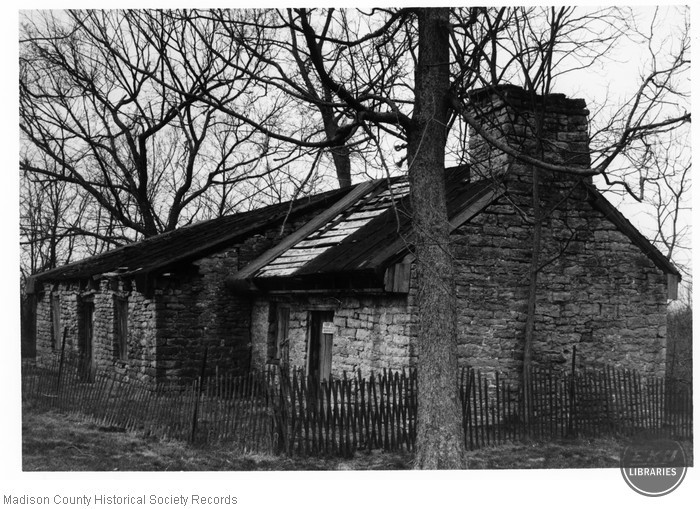 Among the many valuable furnishings in the house are several sculptures by Joel T. Hart (1810-1877), a noted nineteenth-century Kentucky artist. A bust of C.M. Clay, which is a reproduction of the original commissioned by Clay in 1841, was recently donated to White Hall by the Madison County Historical Society, along with oil portraits of Cassius Clay and Green Clay.

Several stone outbuildings remain on the grounds. These were constructed about the same time as Clermont (1798-1799). One is an ice or springhouse, while the other, which is composed of a large room joined to a smaller, functioned as a kitchen. The restored mansion, now a state shrine, is seasonally open to visitors.