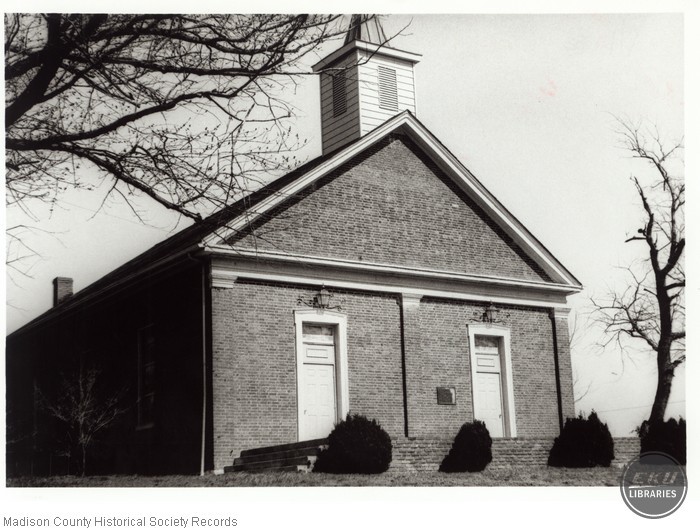 White Oak Pond Church was organized around 1791, the name “White Oak” presumably due to the location of the meeting house that was surrounded by large white oak trees. After the original log building had been used by the congregation for over 75 years, the present brick edifice was completed in 1869 at a cost of $2,450. All of the bricks used in construction were fired in a kiln built on the property. In some places the walls are three bricks thick, and the front facade is laid in a double-header Flemish bond pattern.

The church front contains two entrances with architrave molding enclosing both transomed doorways. Above the entrances a cornice spans the width of the facade, creating a pedimented gable end. Projecting brick pilasters support this distinctly Greek Revival style feature. A frame bell tower extends above the roofline. Inside the sanctuary three hand-hewn white oak beams span the width of the structure. White Oak Pond Christian Church today remains much as it originally appeared.