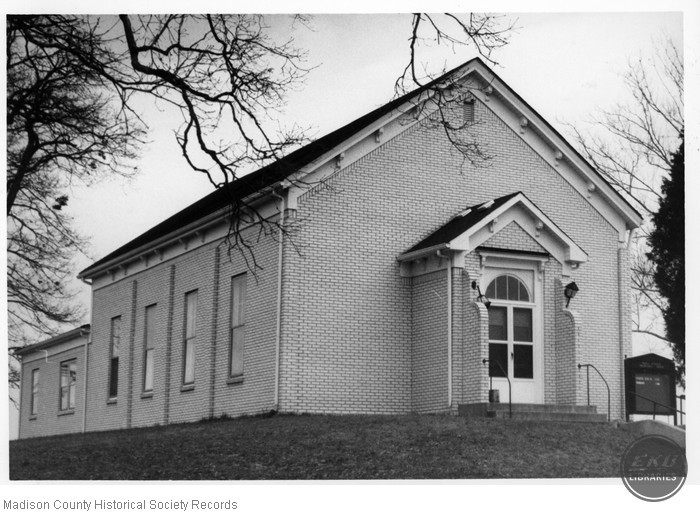 White's Memorial Church is the only remaining country Presbyterian church in Madison County. It was known as Silver Creek Chapel when it was dedicated in 1877. the original 75'x30' building was given by Margaret Faulkner White Breckenridge as a memorial to her late husband. Mrs. Breckenridge later married Robert Levi Breck (1827-1915) who was the church's first minister the first chancellor of Central University (1874-1880), and the son of Judge Daniel Breck (See MAR-68).

A gable end is the front facade of the wood frame structure which was encased in brick about 1980. Wooden brackets embellish and support the eaves of the roof. A small one-story gabled entrance projects from the facade, enclosing a double-leafed entrance door with fanlight beneath a bracketed cornice.