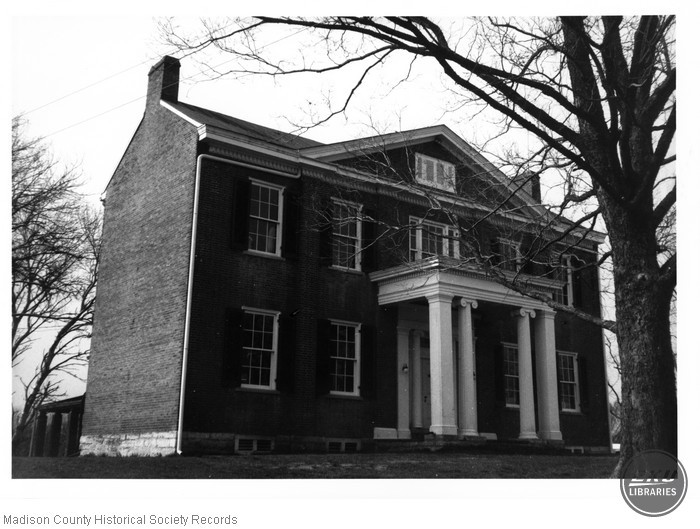 Originally owned by William Malcolm Miller, a grandson of Col. John Miller, the founder of Richmond, the Miller House is situated on a tract that was initially part of a land grant to Col. Miller. (See MA-135, MAR-56, MAR-63, MAR-64) The architectural style of the Miller House is Greek Revival. Diagnostic details include a central pedimented cross-gabled and a portico with Ionic columns and dressed stone pillars. The exterior walls are four bricks thick. Four brick pilasters extend the height of the front facade. The front facade’s brickwork is laid in Flemish bond, whereas the sides and back are common bond.

Inside this house a central passage plan features eight rooms, all but one of which has a fireplace. Two parlors are entered from the central hall, and in one of these molded cupboards flank the interior-end chimney. The walnut woodwork throughout the house remains intact. The kitchen, located in the ell, is lower than the adjacent dining room, although it is two stories high like the main block of the house.