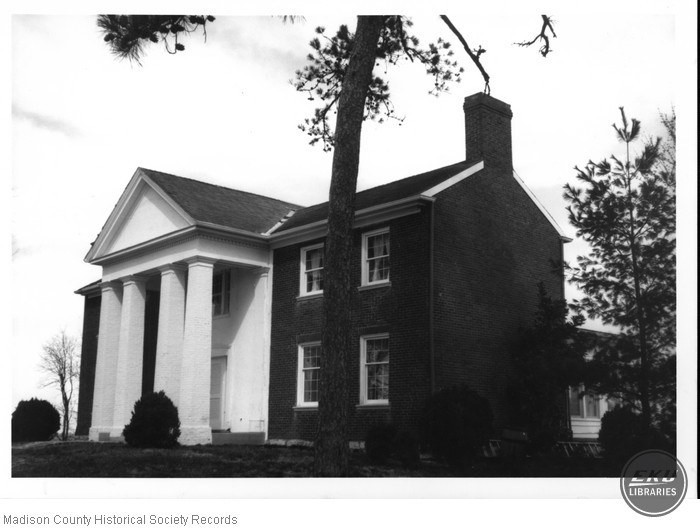 The Residence was originally constructed in the Federal style and faced southward toward Boone’s Trail. The central portico and two one-room two-story wings on either side of the original block were added around 1830, creating Greek Revival detail and reorienting the house to face westward toward a new road.

The two-story pedimented portico is supported by four tapering brick pillars. The central bay of the house, which the portico shelters, is separated visually from the wings by white plaster applied over the exterior brick. Each window is capped by identical brick jack arches, although the size of the second-story’s windows is smaller than that of those on the first story. The second story’s central window is tripartate, with sidelights flanking the sash. Sidelights also appear at the central doorway below. The central passage leads to rooms on either side, each having an interior brick chimney on the gable ends. The Walker House represents an excellent example of a Madison County building which was updated from the Federal to Greek Revival style.