Laine was an educator in Madison County for twenty-one years. He was the founder of the Madison County Colored Teachers Association and was the chairman of the association for twenty years. Laine was the first African-American county extension agent and he organized a farmers club in 1915 for the African-American farmers in Madison County. He was also responsible for forming the Colored Chautauqua, a combination fair and outdoor educational event to bring cultural, religious and social opportunities to the community. Laine also fought against the closure of Berea College to blacks in the early 1900s.

Laine was widely known as a poet. His most famous volume, entitled Foot Prints, was so popular that is was printed three times--1914, 1924, and 1947. In 1947, Laine was named "Man of the Year" by his colleagues at the Richmond High School. He was also inducted into the Kentucky Civil Rights Hall of Fame in 2003. 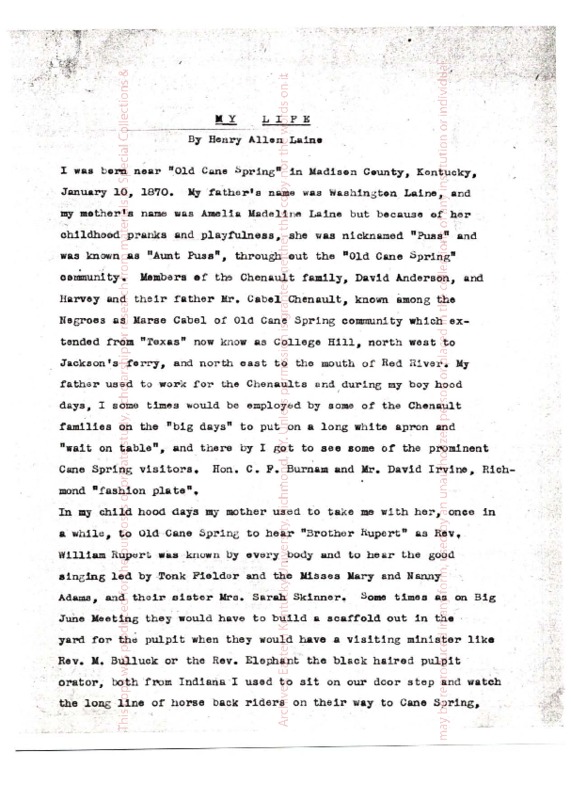 Typescript of "My Life" 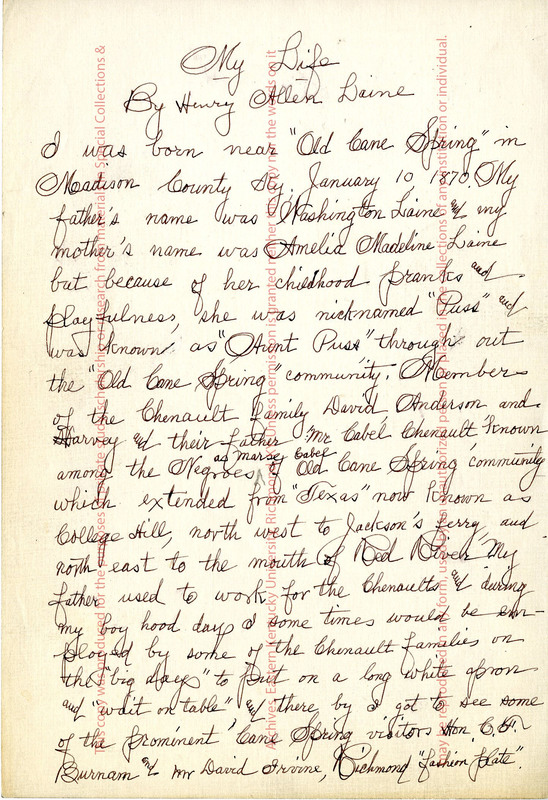 Manuscript Version of "My Life" 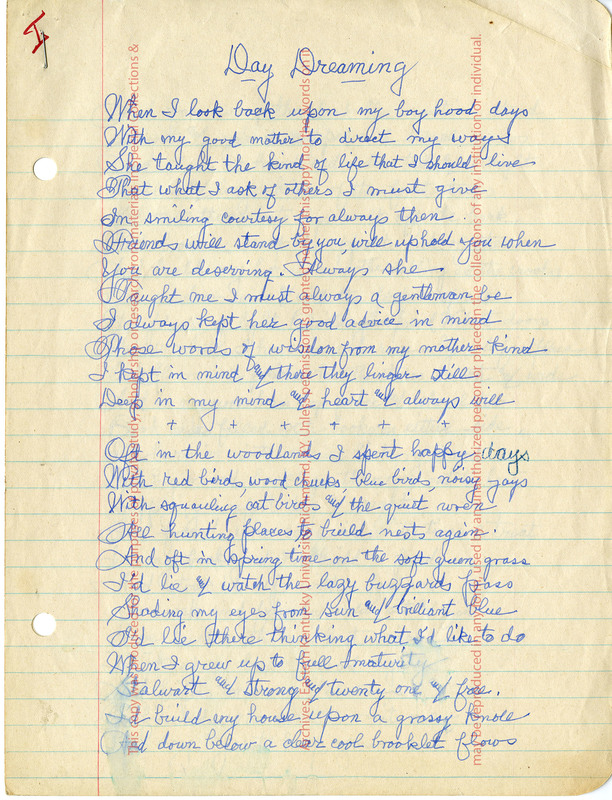 Sunny Side, home of Henry A. Laine

House where Laine was born